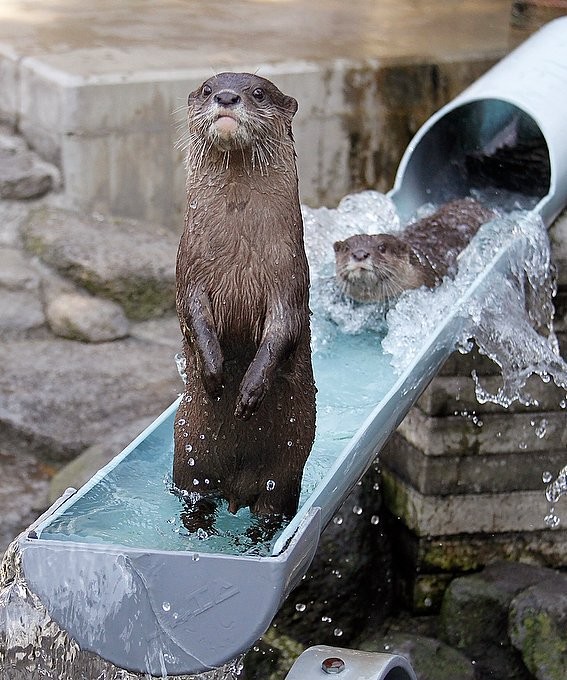 Hi guys! It’s been a while. I finally decided to crawl out of the depths of despair and not blogging to update you on how I’ve been for the past 4(ish) months.

Also, enjoy my title pun and the otter slide to the left. I totally borrowed that picture from Google, but hey.

The last time I published a post was April 10th. I’ve written a few drafts since then, but I haven’t finished those. Or had the heart to publish them. Maybe one day.

So where the h*ck have I been since April?! Well….

So yeah. Life has been keeping me on my toes lately.

I’ve also done an incredibly terrible job on those monthly writing prompts I “promised” I’d do. I guess I’ll toss July’s in with this blog post…

What makes you proud to be an American?

I have been attending school in the United States of America since second grade. For 11 years, all of my classrooms proudly displayed the American flag. For 11 years, the first thing out of my mouth in the morning was the Pledge of Allegiance.

In Middle School choir, I had multiple opportunities to sing in front of service men and women- both somber and happy songs- to thank them for their selfless service to the United States of America.

In college, there is no more Pledge of Allegiance. There are no more flags in every classroom. But on my wall, hanging proudly is the American flag.

All throughout my life in the United States of America, I have visited multiple churches. I have celebrated various holidays: I did an Easter Egg Hunt on Russian-Orthodox Easter once!

I can go to the store in the United States of America and choose if I want to go to Walmart or Kroger or Aldi or Meijer or the sketchy gas station on the corner.

In 2005, I became a citizen of the United States of America. A few years later I was there for my mom when she got her citizenship. There were interviews. There was the fun citizenship test (they really should just take the AP US History test and throw it out and use the citizenship test, let’s be real here). There was lots and lots of paperwork.

No, I’m not saying that America has everything figured out, and no, I am not getting political. However, I am free.

I can proudly display the American flag on my wall. I can safely walk past the flag in the morning on my way to class. I can get an education. I can go to the church I want to. I can blog and write and speak freely. I am allowed to drive. I am allowed to carry a gun. I am allowed to petition for things I believe in. I have the right to vote.

I may be free, but none of this is free. I have all those rights, and so many more, because a lot of incredible men and women fought, are fighting, and will fight for this country. Some gave the ultimate sacrifice. Others return safely.

I am proud to be an American because of all the brave men and women who have fought for this country, and fought for the rights of people they don’t even know- of people that may not even be born yet.

I am proud to be an American because of the members of the Armed Forces that stand up and fight for our country’s morals and beliefs.

I am proud to be an American.